Is My Surgeon Any Good? 5 Ways to Dig a Little Deeper

J. Rafe Sales, MD Blog Is My Surgeon Any Good? 5 Ways to Dig a Little Deeper

When debating what this month's blog would focus on, I was thinking about various ideas. What’s new in spine surgery? The risks and benefits of disc arthroplasty? I couldn't come up with just one great topic. Then yesterday one of my patients asked "why you? Why should you do my surgery?" While frank and to the point, it made me think more about how patients choose their surgeon when they need to go under the knife. And more importantly, how can they find out if their surgeon has any skill?

For most people, undergoing  a surgery is one of the most harrowing and scary situations they will face in life. When I had surgery, the hardest part for me was knowing that for some period of time... one hour, two hours, whatever it took,  I had no control over what was happening to me. The helpless feeling was much more then I ever expected. It was an eye-opening experience, and one that made me consider just how I relate to patients that are about to undergo surgery. It also made me think about how I chose whose life and body I would entrust myself to. I fortunately had the benefit of knowing many orthopedic surgeons and knowing their skill, so when I needed surgery I called several of the doctors I trusted most, and then went to whomever could get me in the soonest. But most patients don't have that benefit.

Therefore I thought I would try to put on paper how someone should go about choosing their surgeon, and what questions they should ask. Hopefully this serves some benefit to those considering surgery. Not just spine surgery, but any surgery at all.

The first question people should ask, and the one that is most difficult for a patient to truly find out, is the following: Is my doctor a skilled surgeon? Simple question, but incredibly difficult to answer.  25 years ago a landmark study looked at hospitals in NYC, and found a four fold difference in mortality and complication rates across different hospitals, even accounting for variables. (1) That was astonishing, considering that all surgeons are board certified and fully credentialed. On paper they all look great, and all get patients referred to them on a regular basis. When looked at closely, it was found that these hospitals and physicians also had a higher complication rate than others.

The reasons for these results, however, have remained somewhat elusive. Most "quality" measures that the hospitals and government now focus on focus on are what surgeons do before and after surgery; i.e. giving antibiotics, blood clot prevention, and even charting. But even perfect adherence to the protocols and rules have failed to prevent all complications, and more importantly, there are still significant disparities in patient outcomes after surgery.

The elephant in the room has always been clear to surgeons, anesthesiologists, nurses, and hospital personnel. Those that work around the operating room clearly understand that there is one factor that cannot easily be measured, but most likely makes the most difference between a great outcome, and a not so great outcome, that is a surgeon's skill.

For example- imagine that the NBA was run like a neurosurgery, orthopedic, or general surgery program. To determine if you could make the NBA you had to be great at taking tests and memorizing facts.  They had no way to test your ability to put a ball into a basket, jump, or anything like that. Basically you had to be a great student. The only problem is that once you made the team, you had to learn how to play basketball. Then after 5 to 7 years you would play professionally. Can't jump high? No worries. 5’1” tall? No worries. Can't dribble to save your life? You still get to play.

The only difference with this silly analogy unfortunately is that with surgery, patients' lives depend on your skill. Is there anyone naive enough to think that some players would easily excel while others would struggle terribly? Do you think Steph Curry and average Joe would eventually develop the same skill, or would one always be quite a bit better than the other?

Several years ago there was the first study showing that surgeon skill actually directly impacted patient outcomes.  The Michigan Bariatric Surgery Collaborative, an innovative collaboration between researchers, payers and weight-loss surgeons, has addressed that which-could-not-be-named. And their findings have confirmed what patients have long suspected and trainees have long known – the dexterity of a surgeon’s hands can account for much of the differences in how well patients do (2).

Researchers from the group asked a panel of surgeon-experts to review videotapes of operations performed by 20 unnamed surgeons who were part of the collaborative. They then asked the surgeon-experts to come up with a ranking based on the deftness with which operating instruments were used, the gentleness with which tissues were handled, the degree to which the surgeons were able to expose key areas, the time and amount of movement required to perform each step and the general flow of the operation. The researchers then confirmed that the rankings remained consistent by asking a different group of surgeon-experts to evaluate the videotapes.

To the researchers’ surprise, there were huge variations in operative skill between the practicing surgeons, with the lowest ranked surgeons working at what the reviewers considered a level only slightly better than a trainee at the end of residency, and the highest-ranking surgeons working like “masters” in their field.

“You didn’t have to be an expert to see the difference,” said Dr. John D. Birkmeyer, a surgeon who is lead author of the study (4). Dr. Birkmeyer and his co-authors then reviewed the records of the 20 surgeons’ post-operative complications and compared them with their rankings. Not surprisingly, surgeons in the bottom quartile took 40 percent more time to complete the same operation and had higher mortality rates than top-ranked surgeons. But their patients also ran a significantly higher chance of developing a whole host of complications, including wound infections, pneumonia, bleeding and thrombophlebitis, and required re-operation and readmission to the hospital after discharge more often than patients of surgeons whose rankings were in the top quartile (2).

The study is the first to reliably measure operative skills in practicing surgeons and correlate those measurements with patient outcomes. “We now have a scientific way to evaluate a practicing surgeon’s skill that is as reliable as about anything we measure in health care in terms of quality,” Dr. Birkmeyer observed.

So how can the average patient evaluate their surgeon’s skill since they cannot watch them in surgery?  Here are 5 ways to dig a little deeper before surgery.

Any good surgeon should be able to give you these numbers right off the bat. We at Summit Spine can cite these numbers because we follow these closely.  In 2015 we did 452 spine surgeries with 0 infections and 2 readmissions for minor complications.  In 2016 we are on pace for nearly 500 spine surgeries, still without an infection (knock on wood). Our patient satisfaction for most procedures is well over 95%.

2) The second question is How many of these surgeries do you do a week/ month/ year?

It is well known that the number of cases done directly correlates to complications rates. In 2004, a study showed 5 times as many complications with a relatively simple spine surgery based upon the number of cases performed (3). Just like it would make sense that you would want your mechanic to have worked on a car before and not just watched the YouTube video, you want your surgeon to have significant expertise and experience in their field.  As noted above, we did 452 spine surgeries last year, and have averaged over 400 a year for the last five years. While 400 is certainly not a magic number, it does indicate experience and efficiency. I would recommend a surgeon do a minimal of 30 to 50 of a select procedure a year to remain adept and skilled at that procedure. The idea of 10,000 hours has been thrown around a lot in the media lately, but at the end of the day it points to one thing - experience matters.  One esteemed surgeon pointed out "It's not that you have to find the busiest, most experienced surgeon… It’s more about avoiding the guy who does very few of the procedures”.

3) Third question,  How long do your patients stay in the hospital? How long does the surgery take?

If I told you that two surgeons at hospital A do the same surgery, but it takes one 5 hours and the other 2 hours, who would you prefer? Speed is certainly not the most important factor, but being too slow certainly is. The risk of complications dramatically increases after four hours. This is one of the reasons that we at Summit work efficiently to keep all surgeries to the minimal amount of time to do the surgery well. This also directly effects the length of time in the hospital. We average under 2 days in the hospital for our largest fusions, and most patients go home the same day.

4) Fourth question, Do you do exclusively spine surgery (or whatever it may be… knees, hips, abdominal, brain surgery, vascular, etc)?

This is very important, as fields and procedures have become quite specialized. The phrase we always heard in med school was “student of many, master of none”. If you try to do too many case types, you wont necessarily excel at any one. At Summit Spine we do exclusively spine surgery. No brain surgery, no knee or hip surgery, just spine. I think this makes a huge difference at the end of the day, as it allows a surgeon to focus on one area.

You always have the right to ask for references. If you know nurses or other health care personnel you can ask them as well. Usually people can ask around and eventually find someone who can give good information. This information can be invaluable.

That sums up my first blog, and I hope this helps. At the end of the day, there is no magic answer as of yet as to how we can evaluate a surgeon’s skill. Until then we have to use these tips and tricks to better prepare you for a trip to your surgeons office.

And remember, if you aren't sure, I always recommend a second opinion. You wouldn't buy a car without asking around, so why trust someone with your body?

Thanks and have a great day. 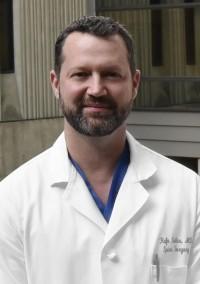 Spinal injection therapy- how does it work and who should get them? This blog outlines common injections and what they are utilized for.

Summit Spine Institute Is A Leader In Spine Research

Here at Summit Spine Institute we are leaders in advancing spine surgery safety and efficacy. You may be interested to know, the evolution of spine surgery in medicine is relatively young.

Here’s How You’re Going To Nail Your Resolutions

Developing new habits and keeping to resolutions is a matter of persistence, focus, and perseverance. Thinking about making a change is a lot more fun than carrying through with it once resistance sets in.

I am sure many of you in the Northwest have seen the news articles relating to Steve Kerr, coach of the Golden State Warriors, who had recently undergone a procedure to repair his cerebrospinal fluid leak.

As I sat down today to work on this month's blog for our website here at Summit Spine, I found myself having significant difficulty focusing because I currently have back pain. Yep, classic acute back pain.

​The North American Neuromodulation Society defines neuromodulation as the direct electrical stimulation of nerves. I want to stress that this is NOT a TENS unit! Its a surgically implanted device used to “interrupt” pain signals to the brain.